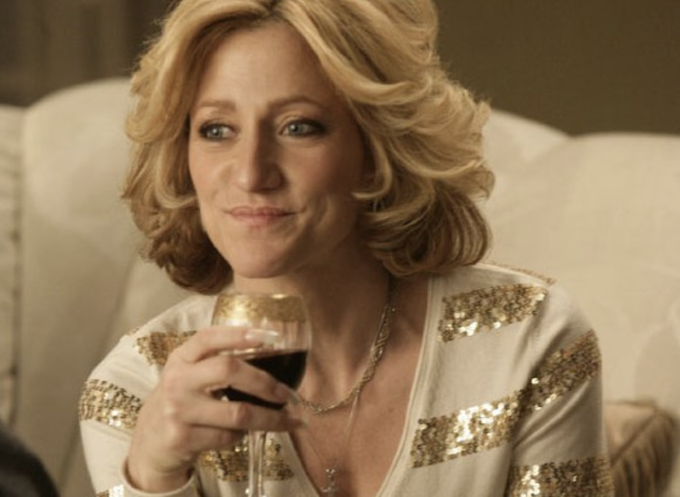 By the way, this isn’t a piece about the first ever wine list I wrote, though I admit ‘panic list’ would be an appropriate title for that. It’s simply a list of ten wine related ideas that I panic penned on Christmas Eve, in lieu of going panic shopping.

I’m now panic posting on Boxing Day which renders it somewhat null and void, but most of these things are still available and soon they might even be on sale.

I also think 2020 is the year we can give ourselves a present extension. After all, the government helped itself to not one but three extensions over the last 18 months. And if you’re sorted for presents (well done you) perhaps consider buying some more?

Emily O’Hare’s ‘Chianti Deconstructed’ Zoom Tasting on 29th December. It comes with a box of six wines that sort of pull Chianti apart and then put it together again, featuring Colorino, Canaiolo Nero, Ciliegiolo and, of course, Sangiovese. The wines are by Giacomo Mastretta of La Torre all Tolfe, an organic estate and farm near Siena, where Emily lives. You get three levels of Chianti with Sangiovese in lead role, then three single varietal bottlings of each of the other grapes. Emily is fantastic. Her deep knowledge of and passion for Tuscan wine is matched only by the unmitigated entertainment that oozes out of her. It’s €135 to the UK (inc delivery) buy here. You can read more about Emily here. SORRY if this is now too late to join.

Glassware. I don’t need more glasses, but I always want more glasses. My current wine glass wishlist includes a set of four ‘Merchant’s Original Wine Glass’ by Berry Bros. On the smaller side and ideal for everyday use - although I don’t strictly believe in have ‘special’ glasses. Imagine if Zalto made a Paris Goblet, they look a bit like that. Only they’re made by top British glassware-maker John Jenkins. Practical and cute.

Then Jancis Robinson’s Wine Glass made in collaboration with Richard Brendon, and currently sold out by the looks of things. They come in packs of two – one to use, one to lose (smash) - although they are tougher than they feel and perfectly fine in a dishwasher.

Finally, despite being one of those people who says things like ‘shame their glasses are so awful’, it turns out I have a secret soft spot for ‘lifestyle glassware’. For which I must and can only credit The Sopranos. Since watching all six seasons for the first time (lockdown perk) I’ve become obsessed with sourcing some glitzy, gold-leafed monstrosities, just like Tony and Carmela’s. I wonder what happened to the real ones, did someone from the cast or crew nab them on the last day of filming? I’ve looked high and low online but no luck. Maybe I’ll have to commission my own.

Port. I drank my Christmas Port in November. But you can drink Port in January too. I’d love some of a recently declared vintage to keep ('16, '17, and '18 were, unusually, all declared) and then others to open now. I’m pretty loyal to Quinta de la Rosa, a smaller family-run house, expertly captained by the brilliant Sophia Bergqvist. Dirk Niepoort’s wines are superb too. Quinta de la Rosa is now imported by Bibendum, retail you can find at Berry Bros, Waitrose Cellar, Oxford Wine Co. and many other independents. Niepoort also have a strong presence in independents.

A good supply of Jukes Cordialities. Created by Matthew Jukes, wine writer and taster of over 30 years, as a ‘sophisticated, non-alcoholic adult drink that is genuinely satisfying’. And that’s exactly what they are. You mix them with water (still or sparkling) and they look convincingly like wine. There’s a ‘white’, and two ‘reds’.

They don’t taste like wine (they are drinking vinegars with fruit extracts – good for health too) but what they do have in common with wine is complexity and texture. You don’t feel like you’re drinking squash which is rubbish with food, or a sugary soft drink that’s impossible to consume in quantity.

Plus they have genuinely zero alcohol, unlike most AF beers and spirits that retain a tiny %. Perfect for peppering over enthusiastic wine consumption (guilty) with a bit of sensible moderation.

The Cocktail Dictionary. I have a lot of books on wine, quite a few of which I am yet to read, so rather than add to that pile I’ll plump for Henry Jeffrey’s new release, The Cocktail Dictionary. It can sit on the shelf next to Victoria Moore’s Wine Dine Dictionary (also worth buying) and put me in the rather pleasing position of owning more dictionaries about booze than I do about words.

Inside Bordeaux. Glossing over what I just wrote about not buying any more wine books, this is a certified new classic by Jane Anson. I haven’t seen a copy in person but, by every single account, it’s impressive and extensive, throwing a stronger spotlight than usual on the place and terroir as opposed to the bottles and brands. The maps are supposedly excellent too and who doesn’t love a good map?

The King’s Ginger Liqueur. Berry Bros revealed a new look for The King’s Ginger a couple of months ago. It’s now in a clear bottle (so you can see when you’re running low) and has gone down in strength from 40% to 29.9% - not necessarily a bad thing - and the ginger is ramped up.

There are very few situations where KG doesn’t have a use. Aside from simply drinking it straight, on ice or with tonic, you can use it to sex up a soup, fire up a curry or, my personal favourite, poured liberally over porridge. It’s also a crucial component of the Atomic Toddy (Lemsip, KG, dash of whisky and a little honey – mix up and off you go). It’s rumoured to double the effectiveness of soluble paracetomol.*

The Copper Crew cans – I haven’t tasted every wine in a can, but I have tried plenty and thus far I’ve been most impressed by the The Copper Crew, a joint venture between two copper-haired friends, Theo Gough and Oli Purnell, and their winemaker, Sam Lambson of Minimalist Wines in South Africa. The white (chenin) and rosé (GSM) were my favourites, but the red (merlot) was far from shabby.

I sometimes feel people think the convenience of a can is so good they can get away with putting any old rubbish inside. Not the case here. They taste bright, clean and ‘natural’, as in not synthetic.

Brilliant for picnics and walks or chilled in your fridge for whenever you don’t want to open a bottle but still need to take the edge off. Must admit, I’m yet to be convinced about single portion cans being the answer to portion control... surely you just open another can?!

Bottle of Busi Jacobsohn Sparkling Wine – I visited Douglas & Susanna Busi Jacobsohn in October on my road trip around the UK and loved their wine. They’re a family business, from Sweden and 2017 was their first vintage. They have ‘17 and ‘18 for sale plus an ‘18 rosé. Buy direct or at Harvey Nichols. Kicking myself for not getting a bottle for yesterday. Deep and complex for its age, not to mention the youthful vines, with a lovely pronounced autolytic flavour.

It’s impossible to choose just one English bottle, however, and the road trip is far from complete. So off the top of my head, in a non-exhaustive manner and because I am always thirsty, I’d also toss in some Davenport, Wiston, Tillingham, Hoffman & Rathbone, Charles Palmer, Westwell and the inimitable Breaky Bottom for good measure. I’ve undoubtedly missed some, yikes.

Travel – To Alsace, ideally. Never been. Love the wines, love the food and I’m very keen to plough into the wine list at Restaurant de la Gare. I heard about this place from a group of friends who, for well over a decade, took an annual trip to Alsace with the sole purpose of consuming the finest products possible. I managed to score an invite one year, only a stroppy boyfriend kicked up a fuss so I declined (idiotically) for an ‘easy’ life. He was soon successfully dispensed of, but almost a decade later I am still yet to visit. Nick Lander reviewed it here back in 2008. Madeira is next on the list. I’ll take either destination, but preferably both as the closest I got to going abroad this year was an overnight stay in south Wales.

There you go. I’ll try to do next years in a more timely fashion. Did give me an excuse to hide on Christmas Day, mind you.

Two extra mentions for things I heartedly recommend. David Beresford’s ‘Brothers In Arms’ - a beautiful book about food, wine, rugby and France. And any wine course at the new Wild Wine School in Cornwall (online study available) from WSET qualifications and an Introduction to Cornish Wine to their flagship Modern Introduction to Wine with a focus on sustainable viticulture and the great outdoors.